Home > About Us > Our people

Jonathan leads the PNC Legal team. Having originally qualified as a barrister in 2000, Jonathan cross-qualified as a solicitor in 2003. Subsequently, and before establishing PNC Legal, he practised at a series of large international law firms.

Since qualifying as a solicitor, Jonathan has specialised exclusively in professional negligence claims. In that time, he has acted on behalf of many of the UK’s leading professional indemnity insurers and represented a wide range of policyholders, including solicitors, accountants, auditors, financial advisers, surveyors, valuers, insurance brokers, structural engineers, project managers, IT consultants, agronomists, health & safety consultants, estate agents and managing agents.

This experience has provided Jonathan not only with an extensive knowledge and understanding of professional negligence claims and the pitfalls that surround them, but also with a rare insight into the way in which such claims are handled by those that insure against them.

The nature and complexity of the claims that Jonathan has advised on has varied greatly, as has the value, ranging from tens of thousands of pounds to many millions.

As a solicitor, Jonathan has been repeatedly ‘recommended’ for professional negligence claims by The Legal 500, one of the UK’s leading independent legal directories. In the 2016 edition he is described as ‘fantastic’, while in the 2017 edition he is praised for his ‘superb eye for detail and commercial mind’ and for ‘always thinking one step ahead’.

Jonathan has also been annually ‘ranked’ for professional negligence claims in the highly esteemed Chambers & Partners UK legal directories, in each of the editions from 2018 to 2022. These record the consistent admiration he receives for the quality of his advice and for being ‘very pleasant, patient and understanding’ with clients. They also record that he has a ‘concise and clear communication style and demonstrates total attention to detail’. Jonathan is a member of The Law Society of England & Wales and the Professional Negligence Lawyers Association.

Away from the office and as well as spending time with family and friends, Jonathan enjoys cycling, running and tennis. 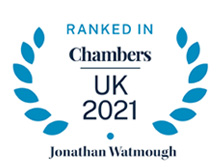 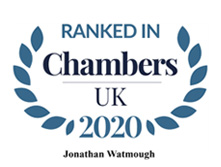 Sharon has been a solicitor for over 25 years, previously at one of the world’s largest global law firms where she regularly conducted multi-million-pound claims. Since qualifying in 1995, Sharon has acted as either claimant or defendant solicitor for corporate entities, high net worth individuals and various national and international financial institutions.

Sharon has extensive experience of professional negligence claims and has acted in numerous cases against solicitors, valuers, monitoring surveyors, insurance brokers, electronic product designers and accountants, in addition to defending claims against banks and other financial institutions. She has also advised on matters relating to coverage and the aggregation of insurance policies.

Sharon’s experience of acting for both claimants and defendants has equipped her with an ability to not only identify technical legal issues and pitfalls quickly, but also to recognise the commercial realities that often arise in the context of professional negligence litigation. In addition, it has afforded her the opportunity to establish an impressive track record of resolving claims through different forms of Alternative Dispute Resolution and, in particular, by mediation.

Sharon has been repeatedly ‘recommended’ by The Legal 500.  In the 2021 edition she is praised for being “very knowledgeable and experienced, particularly in mis-selling cases”, while in the 2019 edition she is highlighted for being ‘a friendly client-facing lawyer’. Clients appreciate her approachability, acumen and clear advice.

We benefit from a strong and highly professional support network. This comprises over 350 consultant solicitors, each a specialist in their chosen field, an experienced team of paralegals, costs draftsmen, legal secretaries and accounts and office clerks.

If you would like to arrange an initial consultation with us, free of charge or commitment, please do not hesitate to contact us on 0800 195 4983 or by email at mail@pnclegal.com.